NEW YORK–If you thought that a bad boss triggers employee exodus, you are probably wrong as workers leave good bosses too and use friendly terms as a source of future business or get key market information to boost their career ahead, an Indian-American professor has found.

According to Ravi S. Gajendran, professor of business administration at University of Illinois at Urbana-Champaign, an organisation’s former employees — or “alumni” — can potentially be important strategic assets in the future, provided they leave on good terms.

“If you have a good relationship with an employee who’s left to join a client or competitor, you can leverage that relationship and potentially use them as a source of future business or as a back-channel source of information,” Gajendran said in a university statement.

“Therefore, thinking of ex-employees as a strategic constituency is something more organisations should start doing,” he added.

Using data from interviews with ex-employees, Gajendran and his co-authors found that among employees who quit, the quality of the boss-worker relationship is positively related to higher salaries and greater responsibility in a worker’s next job as well as the goodwill they feel toward their former company.

“If you’re making people happier, it should stand to reason that they’re more committed to the organisation. But the numbers don’t bear that out,” the authors said.

So why do workers leave despite having such a high-quality relationship with their manager?

You could move up in the organisation but that path may not always be available.

“Managers also might not want you to go up internally because then they’re losing a valued employee. So it means you’re attractive to employers in the outside job market,” the professor pointed out.

They typically get a better job with more responsibilities at their next employer.

While that scenario might leave managers in a bind, Gajendran’s research finds that there’s a silver lining to valued employees leaving good managers.

“They are more likely to be open to a reunion with the organisation as a so-called ‘boomerang employee’, but they could also be a good source of information for the organisation,” Gajendran emphasised.

“Our paper also shows that even employees who are leaving can be valuable somewhere down the line,” Gajendran said.

As a result, companies need to pay closer attention to the “off-boarding” process.

According to the paper, it also helps if managers at least make an overture to retain employees, even if they think it’s unlikely they’ll accept the offer to stay.

The high price of being a ‘nice’ woman: Less salary 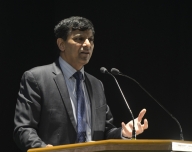 ‘Snooping revelation could be WhatsApp ploy on traceability’

India: Where is the $100 billion for climate change?