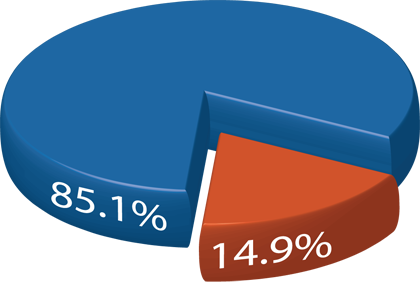 LONDON — A study by the European Supermarket Magazine has found that female executives are seriously under-represented at the top level in the grocery retail and FMCG industries, with women occupying fewer than one in six positions on executive committees.

The study, released to coincide with International Women’s Day, found that 85.1% of the individuals on the executive committees at 150 retail and FMCG businesses were male, while just 14.9% were female.

“On this, International Women’s Day, leading retailers and suppliers should take a step back, and examine ways to improve their gender balance – not as a token gesture, but as a means to bolster the future performance and profitability of their businesses.”

The study looked at a cross section of 150 businesses across the global grocery retail and FMCG businesses. Different terms were used across the study to designate the Executive Committee, including ‘Executive Board’, ‘Senior Management’, ‘Leadership Team’, ‘Operating Board’ and others, however, for the purposes of this release, we have applied the general term ‘Executive Committee’.

Biocon net up 13 percent in Q3

Clients to spend more on technology this year: Premji

Prabhu calls for mechanism to boost diamond imports from Russia