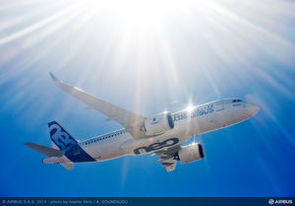 Mumbai– Budget passenger carrier GoAir on Tuesday said it has signed an MoU with Airbus for 72 A320neo aircrafts as part of its expansion plans.

The budget airline said the MoU was signed at the Farnborough International Airshow and with the induction, it will expand its network, offer fliers better connectivity and continue its growth as one of India’s preferred low-cost airline.

Earlier in 2011, the airline had announced a similar agreement for 72 A320neo aircrafts, bringing the total booked order to 144 aircraft. The first two aircraft from this order were delivered in June this year.

“The new A320neo will provide us the competitive edge to achieve our growth targets and help us in strengthening our presence in the wider region,” said airline Chief Executive Wolfgang Prock-Schauer in a statement.

“The new aircraft will help us in unlocking new domestic routes while providing a springboard for continued international network expansion in the years to come.”

According to the low cost carrier, GoAir is the first airline to use A320neo in Spaceflex configuration with 186 seats without compromising on the passenger leg room and comfort.

“This configuration will also enable better service and availability during peak season for the travelers,” the statement said.

The A320 NEO “new engine option” incorporates a host of innovations, including latest generation engines and large sharklet wing-tip devices, which allows 15 per cent in fuel savings from day one and 20 per cent by 2020 with further cabin innovations.