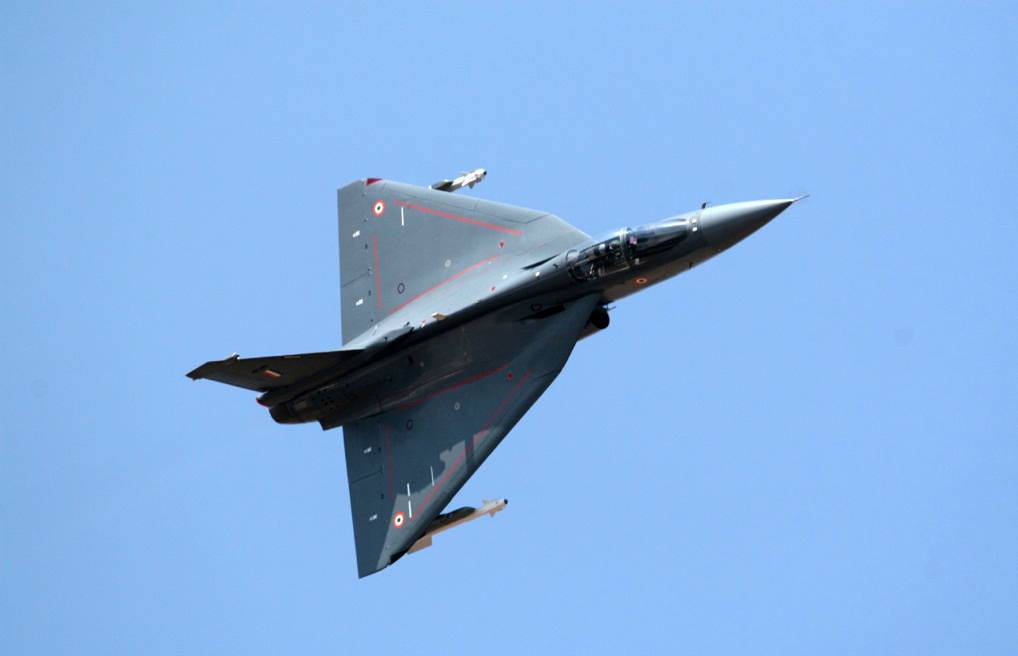 The single-engine supersonic delta-wing aircraft is capable of carrying four tonnes of weapons and firing air-to-air missiles and precision-guided munitions like laser-guided bombs — to attack enemy fighters and hit ground targets at a speed of more than 1,300 km per hour.

The aircraft developed by Hindustan Aeronautics Limited (HAL) and Aeronautical Development Agency (ADA) is fitted with Israeli multi-mode radar, the Elta 2032, which is suitable for air-to-air and air-to-surface modes. It is capable of lowering its radar signature that makes it harder to be detected early.

The aircraft is also equipped with a helmet-mounted display and has a distinctive ‘glass cockpit’ in which information is displayed real-time to the pilot.

In more ways than one, the fourth generation-plus advanced fly-by-wire Tejas is comparable to the French-built Mirage 2000 and is expected to replace the IAF’s MIG squadrons being decommissioned from service. It is also considered far more advanced than the JF-17 fighter jointly built by China and Pakistan.

The induction of the fighter gives a major boost to the IAF’s fighting capability.

The IAF’s fighter aircraft fleet of approximately 600 Russian, British and French jets is currently at only 33 squadrons, against its requirement of 45 in a case of a two-front war with Pakistan and China. The IAF has a sanctioned strength of 42 squadrons.

The IAF was earlier reluctant to have the Tejas in its fleet because the force had argued previously that after three decades of gestation period it would become obsolete by the time the aircraft entered the squadron service.

Officials said it was only after Prime Minister Narendra Modi intervened and promised a more powerful fighter to be developed indigenously in the near future that the IAF agreed to induct the first version of Tejas.

And on Friday when the jet finally made it into the IAF’s 45 Squadron, the “Flying Daggers”, air force officers cracked open coconuts as offerings to Hindu deities as priests held multi-faith ceremonies to mark the induction process with two planes.

Fire tenders in a military ritual sprayed water on the two jets as they rolled across the tarmac before the aircraft took off and manoeuvred within visual ranges under a cloudy Bengaluru sky and windy conditions.

Defence Minister Manohar Parrikar, apparently keen on indigenisation of defence industry, said in a Twitter post that it was a “moment of national pride”.

“Tejas will take our air strength to new heights,” wrote the Defence Minister.

To its credit, Tejas has had no accident in 3,000 sorties lasting over 2,000 hours of flying so far.

IAF test pilot and commanding officer of ‘Flying Daggers 45’ Group Captain Madhav Rangachari flew one of the multi-role aircraft for about 10 minutes from the Aircraft System Testing Establishment of the air force.

“I felt like being on top of the world when flying the Tejas fighter. It’s an honour and a privilege to pilot the inaugural flight of the LCA soon after its induction,” Rangachari told reporters.

The project to develop the indigenous fighter was first sanctioned in August 1983 and has cost so far Rs 55,000 crore. (IANS)

Trade between India, Europe much below potential: Minister

We do not want to be elitist company: Apple COO