New Delhi– Parliament on Tuesday passed a bill that provides for confiscating ‘benami’ (proxy) assets, with the Rajya Sabha on Tuesday giving its assent to the legislation.

The Benami Transactions (Prohibition) Amendment Bill was passed by Lok Sabha on July 27. 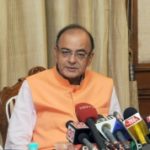 Jaitley, in the course of his reply, also sought to remind people that the government’s scheme for income disclosure is on, and September 30 is the deadline.

The bill, which seeks to establish adjudicating authorities and an appellate tribunal to deal with benami transactions as well as specify penalty for entering into benami transactions, is part of measures planned by the government to tackle the problem of black money. (IANS)

Moody’s upbeat on draft bill on resolution of finance firms

Uber to expand presence to 50 Indian cities by year-end