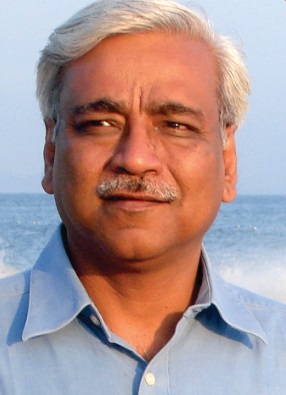 Chandigarh–Author-journalist Ashwini Bhatnagar’s fourth book — and first work of fiction — is bang on time in terms of topicality.

This is the 25th year of India’s tryst with globalisation and as the media and experts discuss its economic fallout and the emergence of India on the world stage, Bhatnagar gives us the human take on it — the shaping of the 1990s generation that was then hailed as Gen Next.

“The High Bouncing Lover” (Ocean Books/ Rs 300/pp 201) is a page-turner and is also deeply reflective of how liberalisation changed lives, lifestyles, thought patterns and attitudes.

It traces the passage of individuals and families from near poverty to affluence and from timidity to courage — the hallmark which defined the upwardly mobile 1990s generation.

“The book is about transition,” Bhatnagar told IANS. “Transition from scarcity to affluence, from one lifestyle to another, transition in mindsets and relationships — from familiar bonds to alienation, from despair to hope and despair again, and exploration of love. It explores the nuances amongst dramatic situations and reveals the drama in what is unsaid, unexpressed.”

“This may sound very complex,” he added for good measure, yet “it’s really a simple narration of how we adopt, adapt and abandon as we slip into one life situation after another”.

Bhatnagar says the 1990s were marked by a “series of exhilarating dares” by young people who came out of “pre-fabricated” lives of the preceding decades and created companies and careers which took India to the global centre-stage.

“As a journalist in the 1990s,” he said, “I came across scores of young people who transited from near poverty to magnificent affluence. I heard their stories and decided to tell them because they represent such an important part of our contemporary history — our present-day society.”

The central character of the novel, Dina Nath alias Danny, represents the aspirational side of the 1990s generation — people who believed in their merit and could brand themselves again and again to capitalise on market needs.

“They were the real heroes who created the economic and social environment as we know it now and which we take for granted,” Bhatnagar said.

Before the 1990s, India was “dull, drab and dreary; unexciting, and then the skies opened up. Suddenly, another life sprang up. Ability, agility and aspiration began to thrive. The transition started to happen”.

“The 1990s were so exciting. You could really go anywhere in life if you put your mind to it,” the author said.

In fact, the 1990s define the “let’s-move-on” moment of our history, not only in terms of an economic shift but also as a tectonic shift in social mobility and relationships — “the quick unpacking and packing of emotions and needs” became a lifestyle.

“The High Bouncing Lover” is not a corporate story. It doesn’t focus on corporatisation but on its impact. It’s a human story, a social story,” he said, adding: “It’s also an interesting love story.”

“It is a tragic love story too, if you go by the traditional meaning of a love story. But in the 1990s, love itself was in transit. It was transiting from the heavily emotional to the pragmatic. The feeling of loss stayed but one had to move on, address other competitive aspirations as well. Love was just one part of life, not the whole life,” he explained.

“The top priority then was wholesomeness of life — to escape from the drabness of Indian-ness pre-1990 by travelling light for quick flight. It created its own conflict but also the means to manage it.”

The novel, say critics, works through its characters. Each one is a distinctive slice from the lives of the 1990s generation — meritorious, empowered, seemingly whimsical but intensely pragmatic. They were, in fact, the people who created a brave new world in which the new millennium generation thrives today.