New Delhi–The India-United States Trade Policy Forum is meeting here on Tuesday to discuss ways to increase the momentum of trade between the two sides and resolve concerns regarding it, an official statement said. 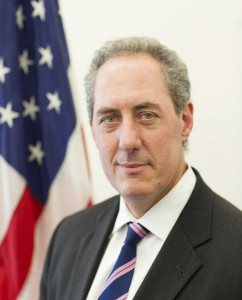 As part of the annual work plan jointly agreed between India and US working groups on agriculture, trade in services and goods, promotion of investment in manufacturing and intellectual property rights (IPR) have been meeting with an intention of understanding the best practices, facilitating investment and raising concerns relating to the trade.

Ministerial level meeting is scheduled for October 20 forenoon which will be led by Commerce and Industry Minister Nirmala Sitharaman on the Indian side and Froman from the US side, it added.

Both the sides would be reviewing the progress achieved on the issues agreed upon in work plans for 2016, under all the four work streams and would be working out the way forward for 2017.

“The bilateral commercial ties between India and US are growing stronger as reflected by increased bilateral trade in goods and services of $109 billion and highest ever foreign direct investment inflows in 2015-16,” it said.

“The bilateral cooperation under TPF has resulted in resolving several market access issues and cooperation in services, manufacturing and IPR. India is looking forward to maintain the momentum further in the current TPF,” the statement added.

Goyal invites US firms to manufacture in India