Hyderabad– My Home Group, a diversified business conglomerate, plans to foray into pharma and bulk drugs.

A top company official said on Monday that concrete plans for the new business will be announced in six months.

The Hyderabad-headquartered group, with presence in cement, construction, power and transport, currently has a total turnover of Rs 5,000 crore.

He also announced that the group’s turnover from cement will go up to Rs 5,000 crore in two to three years from the existing Rs 3,000 crore.

He said the new cement plant at Tuticorin in Tamil Nadu would commence production by January end 2017. The plant with a production capacity of 1.23 million tonnes is coming up with an investment of Rs 250 crore.

Rao said the new plant would help the company achieve the target of 10 million tonnes capacity.

The company also proposed to set up another cement plant with a capacity of 1.5 million tonnes in Guntur district of Andhra Pradesh.

Its existing plants are located in Nalgonda district in Telangana, Kurnool and Visakhapatnam districts in Andhra Pradesh.

A major cement player in south India, Maha Cement has expanded to Odisha, Bihar, West Bengal and Chhattisgarh. “We are looking at pan India presence,” he said. (IANS) 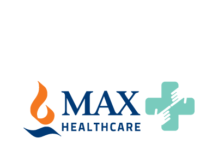 US economy grows at fastest rate in 3 years