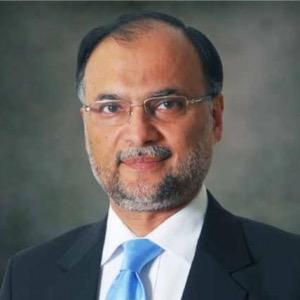 Islamabad– A Pakistani Minister has said that including the country in a list of those whose citizens have been temporarily barred from visiting the US would be “counterproductive”, a media report said on Saturday.

Federal Minister for Planning and Development Ahsan Iqbal, who met several US officials and lawmakers during his five-day visit to Washington, said he did not notice any intention to place Pakistan on the list of banned states, Dawn reported.

However, he said, “if it were to happen, it would be counterproductive”.

“Pakistan is an important country with a large middle class spread across the globe and the Pakistan diaspora was making a major contribution to global development. And singling them out like this would be a mistake,” he told Pakistani media persons in Washington.

“Only a tiny fraction of the estimated 1.6 billion Muslims around the world were involved in terrorist activities,” he added.

“The overwhelming majority of Muslims live peacefully and pursue their goals like other religious groups and nations,” he said. (IANS)