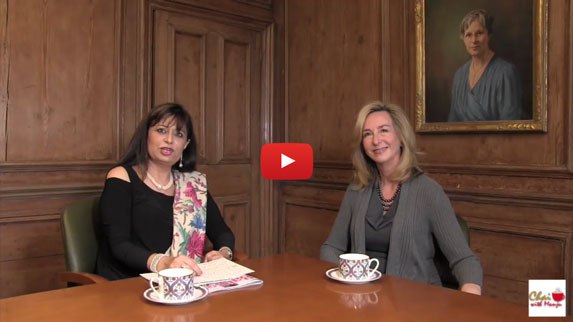 WELLESLEY, MA—Babson College President Kerry Healey is a well-known figures in Massachusetts. She served as the Lieutenant Governor of the Commonwealth from 2003 to 2007 with Gov.  Mitt Romney. A graduate of Harvard University, Healey held several positions in the Republican Party.

After retiring from politics, Healey joined the Babson College as its president in 2013. It is here that Healey has played an important role as the first female president in Babson College’s almost 100 years of history. Under her leadership, Babson not only has ranked globally as one of the best colleges for entrepreneurship, but diversity has also improved and women outnumber men in the classroom for the first time in Babson’s history.

In an exclusive video interview with Dr. Manju Sheth of Chai With Manju, Healey talks about growing up and the early years that shaped her values and life. She gives a lot of credit to her 91-year-old mother, who took care of the family when Healy’s father had a massive heart attack and was unable to work for 30 years. At that time, young Healey was only 15 years old.

“My mother was a wonderful role model throughout this time,” said Healey. “Her values were such that I understood that it was important to have self-discipline, to put the family first.”

Babson, under her leadership, also has taken a number of global initiatives, including with India. But right now, she is focusing her attention on the upcoming 100th anniversary celebration of Babson in 2019.

“India does provide the largest group of international students,” said Healey, adding that Babson students are hosting their second annual India Symposium this Friday at Babson.

Healey also had deep connection with South Asia. In 2008, Healey was appointed by the then Secretary of State Condoleezza Rice as a founding member of the Executive Committee of the U.S. State Department’s Public-Private Partnership for Justice Reform  (PJRA ) in Afghanistan , a position to which she was later reappointed by Secretary of State Hillary Clinton.

As founder and president of the nonprofit that administers the PJRA’s rule-of-law programs, she helped Afghan lawyers attend top U.S. law schools to study human rights issues and commercial law and to establish Afghanistan’s first Law Review. As a trustee of the American University of Afghanistan (AUAF), she worked to secure scholarships for Afghan women, and, in conjunction with Stanford Law School, to establish a law program at AUAF, according to her official biography. 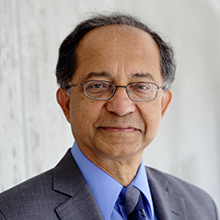