New Delhi–Ahead of Prime Minister Narendra Modi’s expected visit later this year, Israel on Thursday said it had eased visa policy for Indian businessmen travelling to that country, allowing them multiple entry business visas that will be valid for five years. 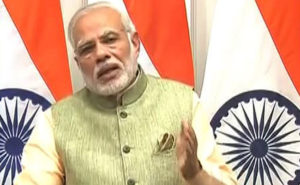 An embassy statement quoting Ambassador Daniel Carmon here said the initiative was “part of the growing partnership between India and Israel”.

“Connectivity is an important ingredient in relationship between peoples. I am glad we can add another positive measure in this regard while celebrating 25 years of diplomatic relations,” Carmon said.

Walnut farmer Sarabjit Johl: Agriculturist of the Year by the California State Fair