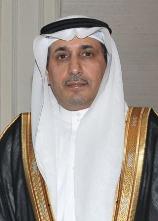 Economy, culture and human bonds are the most important ties that bind Saudi Arabians and Indians together. Our association is one of the fondest and one of the oldest in the world, going back all the way to the third millennium BC. There had been ancient peaceful contacts and interactions between the two peoples, including immigrations from both sides.

India has for many centuries welcomed Arabs, who have come here to settle, study or for trading. Over the years that I have proudly served as Ambassador of the Kingdom of Saudi Arabia to the Republic of India, I have come across so many stories of the deep human bonds that exist between the peoples of Saudi Arabia and India. I have heard stories of Arabs who came decades ago to Gujarat, Bombay (now, Mumbai), Delhi and Hyderabad for learning, trade and work. No wonder the name of India, “al-Hind”, is very common in Saudi Arabia and the Arab world. Several Indian goods that entered the Arab world were named after their place of origin. Indian swords, a favourite in the Arab world, were known by names such as Hindi, Hindawani and Muhannad.

Evidently, Saudi Arabia and India have a shared history of culture and of people’s ties. As recently as the beginning of this century, there were approximately 1.5 million Indians working and living in Saudi Arabia. That number has now risen to over three million people. Doctors, engineers, IT professionals, workers, academicians, scientists and chemists are all part of the Indian community in Saudi Arabia, working hard to establish themselves in almost all economic sectors, given the plethora of opportunities. We look at them as partners. Ravi Pillai is a good example that comes to my mind. Mr. Pillai moved to Saudi Arabia in the late 70s, and since then, he has established himself as one of the most successful businessmen across the region — in construction, hospitality, education and retail. His businesses today employ more than 70,000 people.

Consider this as an example: A billionaire industrialist who owns multiple hospitals in the region, a visionary doctor, a multi-millionaire in retail business, a successful investment banker, all have one thing in common — they all are Indians who have established their fortunes in Saudi Arabia and the region.

Success stories around Indians are not an exception in Saudi Arabia. They are highly regarded for their educational and technical achievements; for their integrity and sense of discipline; for their honesty and devotion to work. The contribution of Indians in economic development has been acknowledged by our government and we have made significant efforts to make them feel at home. Employees of large companies have access to state-of-the-art housing facilities and their children have access to schools with a board of education of their choice. For instance, the Indian board of education of CBSE following NCERT curriculum is taught in many schools across the country. Be it education or housing, jobs or lifestyle choices, there is access for everyone — natives or expatriates.

We have worked diligently to ensure that the guests of the Kingdom have an accessible redressal system to protect them from any violations. When it comes to the rights of workers, all contracts that each of them gets into with their employers are detailed out addressing every aspect of their work life. Saudi labour law provides to all expatriates full legal protection, which includes a unified labour contract, and provisions that prohibit employing persons in jobs different from the profession stated in the contract or holding their payments. Article 61 of the labour law requires the employer to “treat his workers with due respect and refrain from any action or utterances that may infringe upon their dignity and religion”.

It also lays down guidelines of giving workers the time required to exercise their rights without any deductions from their wages. Further, Article 101 lays down provisions for rest periods wherein “no worker shall work for more than five consecutive hours without a break of no less than thirty minutes each time during the total working hours for rest, prayer and meals”.

In fact, we always aim to ensure best practice. For instance, the Ministry of Labor and Social Development announced on April 23, 2017, that they will open bank accounts for domestic workers in the country. This has been done to ensure that all domestic workers get their wages and entitlements on time and that employers honour their contracts. Job security will also improve through this move, as employers will have to register their contracts electronically.

We also have one of the most progressive corporate policies around employees serving their notice period. In such situations, these employees are entitled to eight fully-paid hours per week or a full day per week to look for alternative employment.

I will re-emphasise that there are provisions and guidelines for any employee in any sector to seek legal redressal in case of dispute or violation of their labour rights. Violators in Saudi Arabia are penalised and punished for violating labour laws.

The Kingdom also has a very strong law prohibiting the trafficking of humans. In 2009, Royal Decree number M/40 dated 21/7/1430H declared that any person who was convicted would be liable to face imprisonment and pay a huge fine. The law was further strengthened last year ahead of the anti-human trafficking day (August 9), reinforcing the commitment of our government against this injustice. The Ministry of Interior also issued an order regarding human trafficking, emphasising the need and the importance for everyone to come and work together, to prevent it.

“Treat people as you would like to be treated” is an Islamic principle. You have a similar saying in the Indian text of Hitopadesha which states that, “one should always treat others as they themselves wish to be treated”. This principle, and the bond of friendship have been brought to life many times. One such instance that immediately comes to mind is that of an Indian guest worker in Saudi Arabia, who was jailed for two months after getting into an altercation with his colleague in a third country. His parents sought help from his Saudi-based employer, who readily made all arrangements to get him out of prison, including physically travelling from Riyadh to Abu Dhabi to secure his release. This is just one of the many examples of friendship and goodwill that exist between the people of the two countries.

A bilateral agreement on labour cooperation for recruitment of General Category Workers was signed during the visit of the Indian Prime Minister Narendra Modi to Saudi Arabia in April 2016. The two countries are constantly working together to improve the situation of workers. An agreement on Labour Cooperation for Domestic Service Workers Recruitment was signed between Saudi Arabia and India in 2014. Additionally, in 2014, the two governments signed a bilateral agreement that allows prisoners to spend their sentenced term in their home country if they wish.

Also, a Joint Working Group on consular issues was established under the umbrella of the India-Saudi Arabia Joint Commission to discuss consular issues on a regular basis.

Recently, while going through news clippings from across the Kingdom, one particular news item caught my attention — a Saudi Arabian employer threw a wedding reception for her help and even paid for her honeymoon. Stories like this are not rare in our country and employers across Saudi Arabia recognise and appreciate the hard work and dedication of those that work for them.

There is always a significant reward for hard work and perseverance, and that is true for most of our Indian guests who have come to Saudi Arabia and have embraced us as their own, collaborating with us in our journey of growth and development.

(Saud M. Al-Sati is Ambassador of the Kingdom of Saudi Arabia to India. The views expressed are personal.)