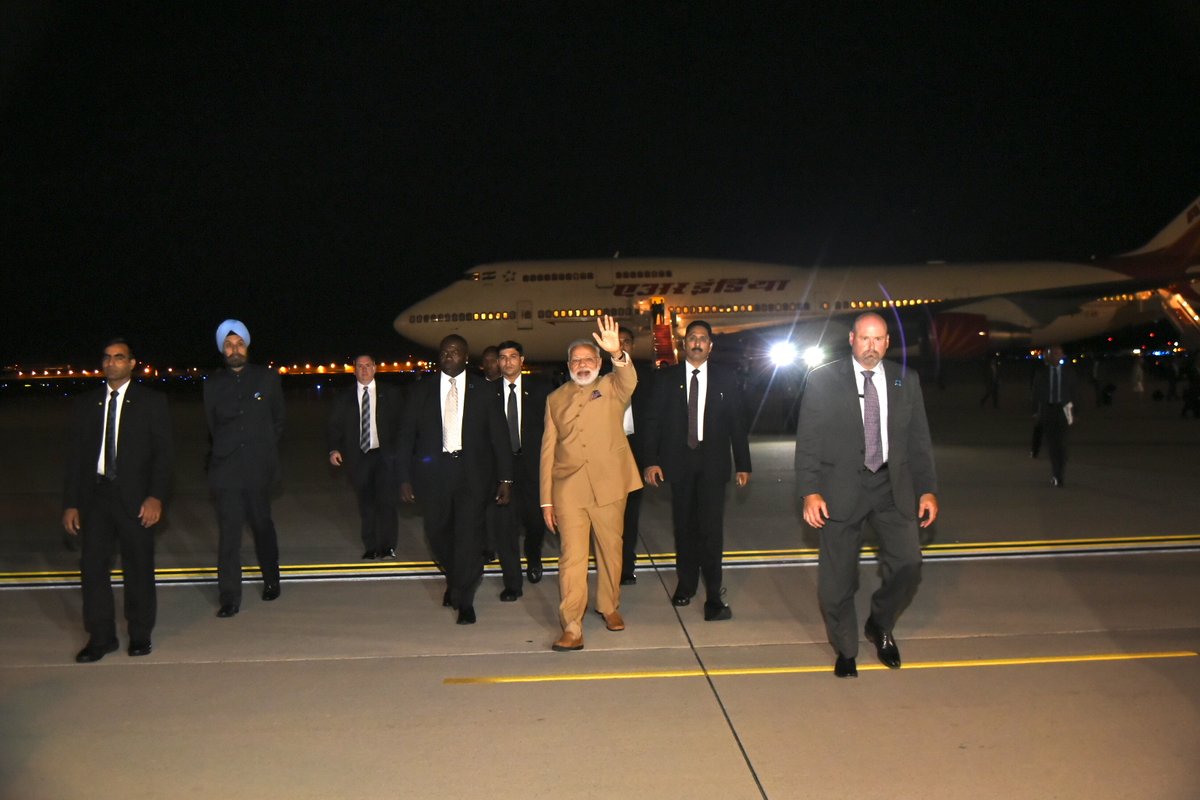 Washington– Prime Minister Narendra Modi arrived here from Portugal on Sunday, on the second leg of his three-nation tour, that will also take him to the Netherlands.

“Touchdown! Wait is over, Celebrations begin! PM @narendramodi on US soil,” the Indian Embassy in the US tweeted.

Talks between Modi and Trump in what would be their first face-to-face meeting would focus on ongoing cooperation, including counter-terrorism and defence partnership in the Indo-Pacific region, besides trade and law enforcement, White House Press Secretary Sean Spicer has said.

Spicer said that talks between the two leaders on Monday would be “robust”. 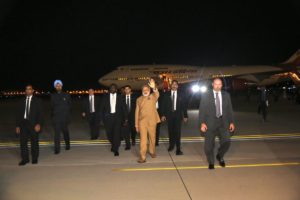 “… The President and the Prime Minister will discuss ongoing cooperation, including counterterrorism, defence partnership in the Indo-Pacific region, global cooperation, burden-sharing, trade, law enforcement, and energy. I think it’s going to be a very robust discussion,” he said at his regular briefing on Friday.

Modi left New Delhi on Saturday on a three-nation tour that took him first to Portugal. He reached Portugal on Saturday ahead of his visit to the US and will visit the Netherlands on June 27 on the way back home.

Indian Foreign Secretary S. Jaishankar flew into Washington ahead of Modi’s visit to meet senior officials in the Trump administration and to lay the groundwork for the Modi-Trump meeting.

On Friday, Jaishankar met US Secretary of State Rex Tillerson and both sides focused on areas of convergence.

Indian envoy to the US Navtej Sarna has termed Modi’s visit a “great opportunity for the two leaders to know each other”. He said Modi will meet the top 20 CEOs of the US during the visit. (IANS)

Delhi Metro cards to be valid in 250 buses from Monday