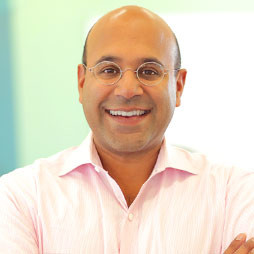 BOSTON —Thanks to surging stock prices, Wayfair co-founder and CEO Niraj Shah has achieved billionaire status, Bloomberg reported. Shah and co-founder Steve Conine’s net worth reached  $1.37 billion each, as of noon Wednesday, according to the Bloomberg Billionaires Index.

“The once-frugal founders of Wayfair Inc. have become billionaires after a revenue surge helped the online retailer’s value rise to a record,” Bloomberg said.

Together, Shah and Conine hold 40 percent and nearly all voting rights for the Boston-based online seller of sofas, beds, and a wide variety of other home furnishings.

Wayfair shares have more than doubled this year, the best performance, by far, in the 97-company S&P Retail Select Industry Index, which includes Amazon.com. The stock closed at $75.41 Wednesday, up 1.2 percent.

“Shah and Conine, who met at Cornell University and studied engineering, founded Wayfair in 2002 and stitched together a network of more than 250 stand-alone websites, including EveryGrandfatherClock.com and HotPlates.com,” Bloomberg said. “Almost a decade later, they began to consolidate the sites and set out to build brand awareness. To pay for it, they raised $351 million in venture funding in 2011 and about $283 million in an initial public offering three years later.”

Wayfair’s revenue more than quintupled from 2012 to 2016, to about $3.38 billion, while its net loss more than doubled from 2015 to $194.4 million as the company increased spending on advertising, infrastructure, and international expansion, Bloomberg said.  Analysts surveyed by Bloomberg predict Wayfair will post additional losses this year and next before approaching break-even in 2019.

NASA makes dozens of patents free for use

Huawei denies cutting back production amid US crackdown

Law on generic medicine a boon for public in India, but ensure quality first