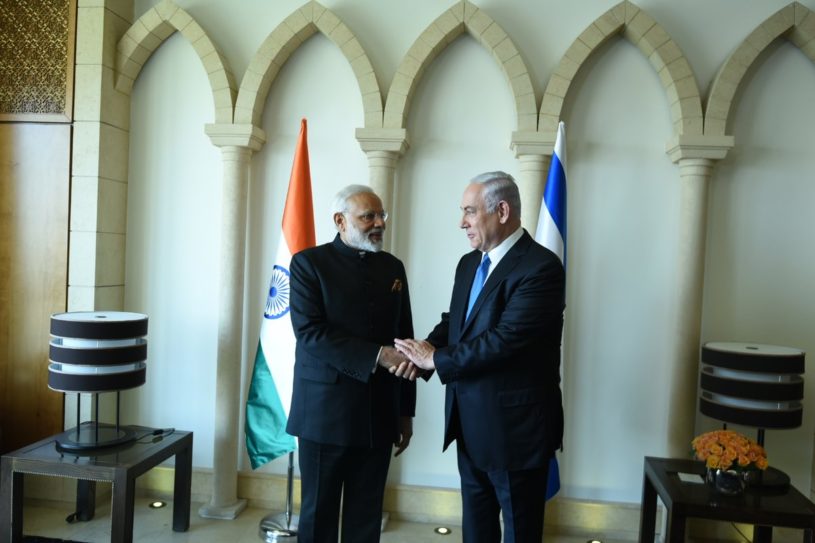 A Plan of Cooperation was signed between the Indian Space Research Organisation (ISRO) and the Israel Space Agency (ISA) regarding cooperation in atomic clocks.

India’s Ministry of Drinking Water and Sanitation signed an MoU with Israel’s Ministry of National Infrastructure, Energy and Water Resources on a national campaign for water conservation in India.

An MoU on state water utility reform was signed between the Uttar Pradesh Jal Nigam and the Ministry of National Infrastructure, Energy and Water Resources of Israel.

The two sides also signed the India-Israel Development Cooperation on a three-year work programme in agriculture from 2018 to 2020. (IANS)

How would we take care of staff without service charge: Eatery owners

Parrikar leaves for US, logistics deal on anvil