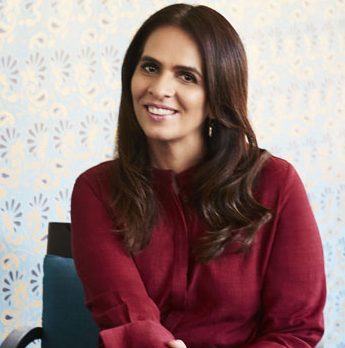 New Delhi–Anita Dongre has made a name for herself in the fashion world, but there was a time when she faced difficulty in getting a store in a mall in Mumbai. The designer says she comes from a “traditional family where the women were always homemakers” and had to overcome her family’s resistance while starting out.

The celebrated designer, who is also a successful entrepreneur courtesy her brand House of Anita Dongre, feels women entrepreneurs continue to face challenges.

“I come from a traditional family where the women… did not have professional careers outside the house. I had to overcome the family’s resistance initially, but once they showed their support, there was no looking back,” Dongre, based in Mumbai, told IANS in an email interview.

“Women entrepreneurs continue to face challenges today and I hope they find a firm support system and follow their gut as I did,” she added.

Dongre founded AND Designs India Limited in 1995, and rebranded it House of Anita Dongre (HOAD) in 2015.

She has stitched together three brands under her label with distinct identities. There is AND with its contemporary western-wear for women line; Global Desi which boasts of boho-chic ensembles; and then there is Anita Dongre label which shines with special curated looks in bridal, couture, pret and menswear.

She is a regular at fashion weeks and wedding exhibitions like the fifth edition of Vogue Wedding Show, which concluded here earlier this month.

Her label took global flight when the Duchess of Cambridge, Kate Middleton, opted for her creation for a day out in India last year. There’s a Bollywood twist to her brand story as well. She has actress Kareena Kapoor Khan as a muse for her brand AND, and got Aditi Rao Hydari for the “Love Notes” campaign of her label too.

The designer has also expanded to foreign shores with two stores in New York.

Talking about foraying into New York, she said: “It has always been my dream to see Indian craftsmanship celebrated on a global platform. It was gratifying to see that happen — women from different walks of life and fashion experts would walk in and be startled at the degree of expertise that goes into every garment.”

“This is what brings me joy. Future plans remain celebrating craftsmanship in the best way we can.”

She works closely with artisans in villages, and she says the “purpose of working with the artisans is to bring these indigenous skills into mainstream fashion”.

“Our efforts have provided year-long employment to several artisans and weavers who are contributing to collections that are relevant in today’s time. Most of them use traditional skills, but we do a design intervention to modernise their output.”

“This is the strength of our partnership; I bring the marketplace and design knowledge, and my craftspeople bring in generations of skill — and we learn from each other.”

Dongre lauds the Indian government for attempting to bridge the gap between artisans and designers.

“There is a new wave of sustainability in the industry. Not only does this effort help revive these heritage crafts, they also allow Indian craftsmanship a platform in the world of design,” said the designer, pointing out that the efforts “are reviving rural India by bringing in employment”.

Work wise, Dongre is currently spending all her time focusing on her brand and her New York stores.