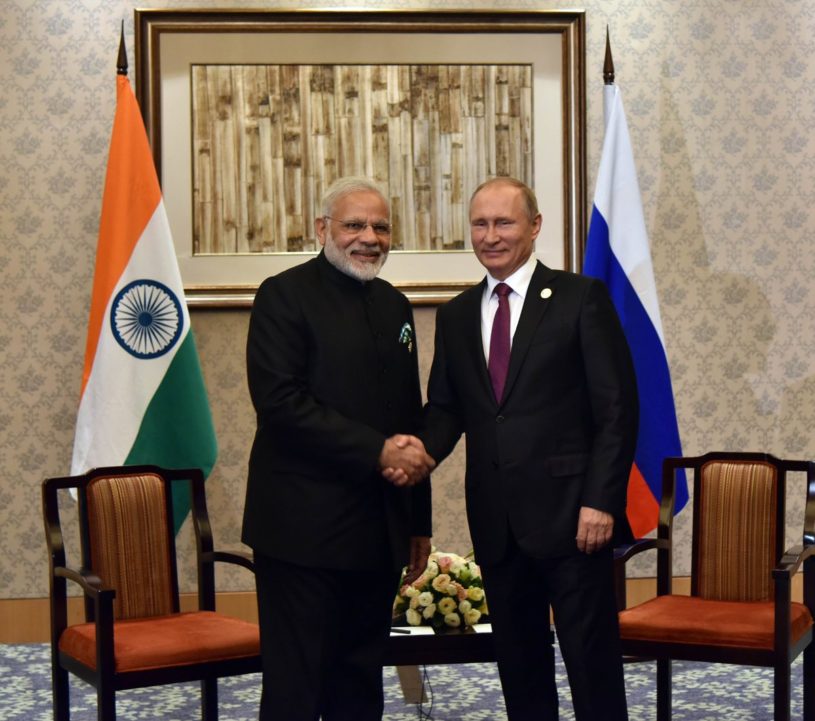 He said that Putin thanked Modi for India’s high-level participation at the Eastern Economic Forum, being held in Russia’s eastern port city of Vladivostok.

Both leaders discussed several aspects of bilateral issues in sectors like cooperation in the natural gas and oil sector, Kumar added.

Both sides also discussed how to promote bilateral trade and investment.

The meeting comes three months after the two leaders met, in St Petersburg for the annual India-Russia summit, and later at the SCO meeting in Astana in the same month where India was made a permanent member of the organisation.

At the St Petersburg summit, the two nations had signed an agreement on setting up Units 5 and 6 of the Kudankulam Nuclear Power Plant (KNPP) in Tamil Nadu and decided to give a new direction to their defence cooperation.

Reliance Defence one of only 2 firms able to supply warships: Chairman