San Francisco– A report in a Taipei-based newspaper stating that Apple had cut orders for iPhone8 by more than 50 per cent owing to poor sales led to Apple shares plunging up to 2.8 per cent on Thursday.

However, the Economic Daily News which quoted analysts did not elaborate on what sort of orders had been cancelled. 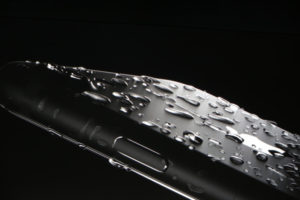 There’s a “more anaemic appetite for the iPhone 8 right now,” Joe Natale, chief executive of Canadian carrier Rogers Communications, was quoted as saying in an Irish Examiner report on Friday.

iPhone X has some hugely incremental features compared to the iPhone 8 and 8 Plus, like less-bezel, facial-recognition system (FaceID), wireless charging and animoji, etc.

The queues outside Apple Stores were shorter than previous years and the growing craze to own “super premium” iPhone X was likely to be the reason.

“While it takes three to six weeks or more to ship new iPhone models after they are available for preorder, they see the iPhone 8 taking less than one to two weeks. This is due to the iPhone X cannibalisation,” Ming-Chi Kuo, the most famous Apple analyst with KGI Securities said recently.

There have also been some reports of iPhone 8 batteries swelling and phones being left split apart.

The pre-orders for “super-premium” iPhone X will begin on October 27, with shipping starting November 3.

Smartphone users in India have also said that the lack of innovation coupled with high price of the devices have affected their decision to buy iPhone 8 and 8 Plus.

Indian PM Modi on top of charts on Facebook