New Delhi– The Delhi government on Monday said it will move the Supreme Court against the Delhi High Court judgment quashing its notification on minimum wages and hold a meeting with trade union leaders to decide the next course of action. 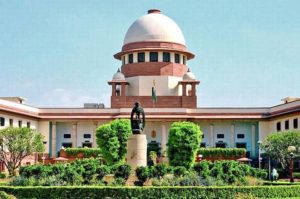 After going through the verdict, Delhi Labour Minister Gopal Rai expressed his disappointment and said that the “Labour department will consult its advocates” about the legal options available to the government to reverse the high court’s decision.

“I will also hold a meeting with all the central and state trade union leaders on Thursday to seek their opinion on what the government can do to ensure the implementation of revised higher minimum wages for workers in all categories,” Rai said.

The Delhi High Court on Saturday quashed two notifications, issued last year by the Delhi Government, relating to revision of minimum wages for all classes of workmen in all scheduled employments by calling it “completely flawed” and “a decision taken in hurry”.

“The constitution of the committee was completely flawed and its advice was not based on relevant material and suffers from non-application of mind,” the bench said while setting aside the Delhi government’s another notification on setting up of the advisory panel on minimum wages.

To this, the Minister said: It took us over an year to come to this decision which increased the minimum wages of labours from a mere Rs 9,500 a year to Rs 13,500 a month.”

The high court order came on several PIL petitions, including the one filed by Social Jurist, a civil rights group, which had pleaded that the hike in wages was unreasonably low and as such violated the workers’ fundamental right to life. (IANS)