San Francisco– Apple is likely to launch new iPads and Mac computer lineup on October 30 at an event in Brooklyn, the media reported.

Apple sent at least two versions of its invite. One, colourful with sketched of images of people, buildings and other items, possibly indicating a new Apple Pencil or other artistic features, CNET reported on Thursday.

The other, a black and white that appeared to be water droplets, which could mean the new iPads may be water resistant, the report added.

According to the report, the new iPad Pros would get bigger displays and lose the “Touch ID” fingerprint-sensing home button in favour of Apple’s “Face ID” facial-recognition technology.

The tablets may also have USB-C connectivity, as well as updated Apple Pencil styluses. The company might finally redesign its popular but outdated $999 MacBook Air.

In September, Apple unveiled its new “iPhone XS”, “XS Max” and “XR” phones during a launch at the Steve Jobs Theater on its new campus in Cupertino, California.

The company also updated its Apple Watch with a slimmer design.

The tech powerhouse has been soaring over the past few years and in August became the US’ first trillion-dollar company.

Apple makes about two-thirds of its revenue from the device, and the gadget has also helped bring quick growth to its services businesses, which include the App Store and Apple Music. (IANS) 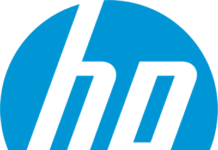 US, Japan to begin trade deal talks on August 9