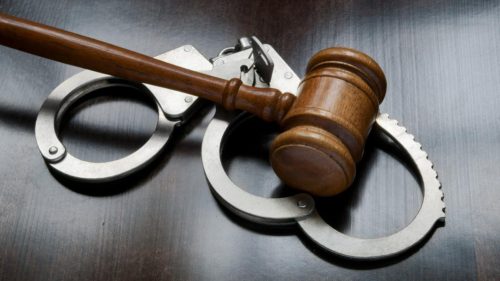 New Delhi– With charges of misappropriation swirling in the air, Indiabulls Housing Finance share price took a beating on Tuesday, closing at Rs 674.15, down Rs 59.20 (8.07 per cent). The company’s chairman and directors have been accused of allegedly misappropriating Rs 98,000 crore of public money and, as always, shareholder wealth has taken a knock. Indiabulls hit back terming these allegations as a desperate attempt to “malign” the company’s reputation and create hurdles in its merger with Laxmi Vilas Bank.

The stock opened at a loss of 4.51% at 700 level on BSE. The stock has lost 43.71% during the last one year and fallen 20.73% since the beginning of this year. The large cap stock underperformed the sector by over 8%. On Tuesday, Kislay Panday, a solicitor sought protection for the petitioners Abhay Yadav and Vikash Shekhar saying the complaints lodged under Whistle Blowers’ Protection Act-2014 are to be dealt under section 11, 12, 13, 14, 15 & 16 and not as per the dictates or suggestions by the accused persons as how the complainants against them are to be dealt with.

On Monday, a plea was filed in the Supreme Court seeking legal action against Indiabulls Housing Finance Limited (IHFL), its Chairman and directors for alleged misappropriation of Rs 98,000 crore of public money. The petition alleged that money worth thousands of crores were siphoned off by Sameer Gehlaut, the chairman of the firm, and the directors of Indiabulls for their personal use.

Abhay Yadav, the petitioner and one of the IHFL shareholders, alleged that Gehlaut, with the help of one Harish Fabiani — an NRI based in Spain — allegedly created multiple “shell companies” to which IHFL loaned huge sums of money under “bogus and non-existent pretexts”.

This plea came on the back of a case in the Competition Commission of India. In late May, CCI dismissed a complaint alleging unfair and discriminatory trade practices by Indiabulls Housing Finance and several of its employees pertaining to loan agreement.

While dismissing the complaint, the fair trade regulator said it found no contravention of the Competition Act by Indiabulls Housing and its employees. The ruling came on a complaint filed by advocate Kanhaiya Singhal who had availed a loan facility of Rs 1 crore for which he entered into a loan agreement with Indiabulls Housing during June 2018.

The complainant alleged that the rate of interest was increased from 8.75 per cent to 11.15 per cent within four months and the period of loan was increased to 364 months from 240 months without taking any consent from him.

This points to some sort of conspiracy being hatched against Indiabulls if one examines the sequencing of rapidly moving events.

Yadav’s contention was that the shell companies further transferred the loan amount to other companies which were either run, directed or operated by Gehlaut, his family members or other directors of Indiabulls, the plea alleged.

On Tuesday it emerged that Abhay Yadav who has filed the plea is indeed a shareholder of Indiabulls, but between 9.5.2019 and 7.6.2019, his total shareholding remains only 4 shares. This means that he became a shareholder just before the filing of the petition and is perhaps in a way role playing as a minority investor.

Karvy Fintech has issued a certificate validating this on Tuesday. Similarly the other litigator Vikash Shekhar bought two shares on 14.122018 and as of 25.3.2019, he only held the same two shares according to Karvy Fintech from which IANS recovered this information.

“This entire chain of scam would have never been possible without the conniving with the auditors, credit rating agencies and officials concerned of the respective government departments,” the plea said. The plea also sought directions to market regulator SEBI, Centre, RBI and Income Tax Department or the competent authority to restore, protect and conserve the defrauded and misappropriated investors’ money.

However, in a clarification, Indiabulls Housing Finance Ltd (IBHFL) said the writ petition filed in the Supreme Court is an attempt to “malign” the company’s reputation and create hurdles in its merger with Laxmi Vilas Bank.

“The writ petition is filed only today and is not heard by the court…The total loans on the books of Indiabulls Housing is approx Rs 90,000 crore. The allegations of siphoning off of Rs 98,000 crore is bizarre,” IBHFL said on Monday. (IANS)

Google reaching out to Stadia pre-orderers for research study