New Delhi– Commerce and Industry Minister Piyush Goyal on Tuesday said that India is ready to sign an initial limited trade package with the United States.

Addressing the US-India Strategic Partnership Forum (USISPF) through a virtual conference Goyal said India is ready to sign an initial limited trade package, and it is upto the US to move ahead.

He invited US business and industry to work with their Indian counterparts to take the bilateral trade to “greater heights”.

He said that the two democracies share a deep commitment to each other, at the government, business and people to people levels.

Besides, he said, that going beyond trade in this interconnected world the two nations can be the resilient trusted partners in the global value chain.

Goyal outlined to the members of USISPF the steps being undertaken in the country to facilitate industry and investments.

He said that a GIS-enabled land bank has been launched on a pilot basis, with six states on board, which will help the investors in identifying the land and location.

The Minister also mentioned about the single-window system for clearances, which is being developed in cooperation with various approving authorities and agencies at the Central, State and Municipal levels.

He said that the road ahead has challenges but also a number of opportunities.

Goyal said that economic activity in the country had suffered due to the pandemic but there have been indications of sharp revivals. (IANS) 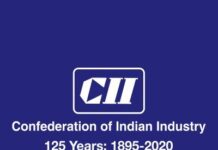